No Gods No Masters: 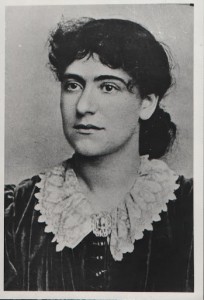 Dominated by its university buildings, and its manicured Georgian Squares, and housing the British Museum, not surprisingly Bloomsbury has been identified with the educated middle classes. But within that rather comfortable setting radical politics and a questioning of traditionalist beliefs and conservative political orthodoxies have also been a distinctive feature of the area.

On this walk you will find out about some of the radical reformers, idealists and revolutionaries who have been resident there, and the movements they brought into being, and you will discover some interesting and exciting connections between them.

SPECIAL WALK Sunday 19th June as a fundraiser for the Camden New Journal on its 40th anniversary: Price will be £10 (no concessions) and 50% goes as a donation to the CNJ: No Gods No Masters: radicals, secularists, suffragists and pacifists of Bloomsbury. Book here