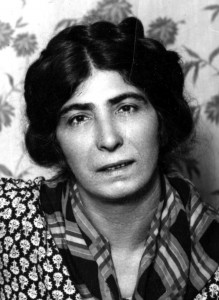 The first wave of Jewish immigrants from Eastern Europe were mainly men but their families soon followed.
In a period when many women were struggling for political and social equality in British society new immigrants were engaged too in the day to day struggles in their workplaces, on the streets, and in their homes in the East End.

On this walk you will find out about the leading role played by women activists such as Esther Frumkin and Hesya Helfman, in the old country before emigration and the way in which their tradition of activism and their pioneering spirit was recreated in the East End from the 1880s to the 1930s.

The women highlighted on this tour include trade union militants, anarchists and suffragettes, housing activists, health pioneers and social workers, communists and anti-fascists. They had diverse backgrounds but shared a refusal to accept second-class status in their own community and in society at large.

On this tour you will learn how these women individually and collectively played a crucial part in advancing the struggles of the poorest communities of the East End for better lives, fighting for equality within and beyond their community.

What they said about this walk :

“Thank you David for a fantastic and very emotional walk… we had a lot to think about on our journey home!” (Yvonne N and Sharon N – Carshalton)