Bermondsey at the end of the 19th century was one of the poorest places in London with staggeringly high levels of infant mortality. Few people had the vote and for those that did, the choices were Tories or Liberals. Socialists hardly got a look in. But between the 1900s and the 1930s rebellious individuals and movements arose seeking to transform Bermondsey’s reality.

This walk brings to life these individual and movements focusing on four major episodes:

Bermondsey during the General Strike of 1926

The threat posed by Mosley marching fascists into Bermondsey in 1937

The walk takes in fascinating historical sites relating to Bermondsey’s industrial past including its longstanding leather industry.

What they said about “People’s Power in Bermondsey”

“Really great walk. I learnt so much about the streets of south London. More south walks please!” (Phoebe – south London)” 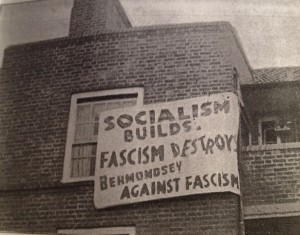