Rebel Women and Men of Poplar

The story of the East London Federation of Suffragettes and the Poplar Rates Revolt. 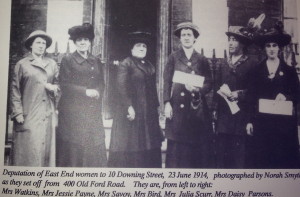 ypes of the suffragette movement focus on the militant “ladies” of the West End but Poplar and the areas further east, in Canning Town and West Ham, were home to a working class suffragette movement that had a different and wider agenda than their counterparts in the West End. Just like these counterparts, though, Poplar’s rebellious women were willing to go to prison for their beliefs. 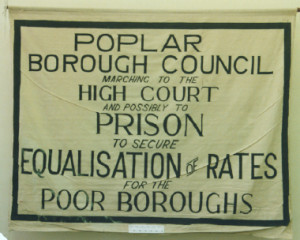 The new Poplar Labour administrations that won power locally in 1919 was full of equally courageous and visionary individuals – some of them overlapped with the local suffragette activists. Find out more about Poplar’s local rebels on the tour!